We all know and love the Sisters of battle, the awesome adepta sororitas, but for the story I wanted someone not as hardcore battle worn and came of with the concept of the Adepta sororitas apprentices – simply refered to as Little Sisters.

Spoiler alert: This graphic novel (when one day finished ) will contain fan service. Having said that I’m not talking full frontal, just a bit of feminim characters in cool outfits.

As great as the Sisters of Battle are they’re not really fit for this purpose due to heave layers of power armour. So having seen The Vaults of Terra‘s video on the Sisters and their different factions I came up with the idea of including some younger sisters  – Little Sisters – who still being apprenticeses had a bit more flexibility of armour and clothing. 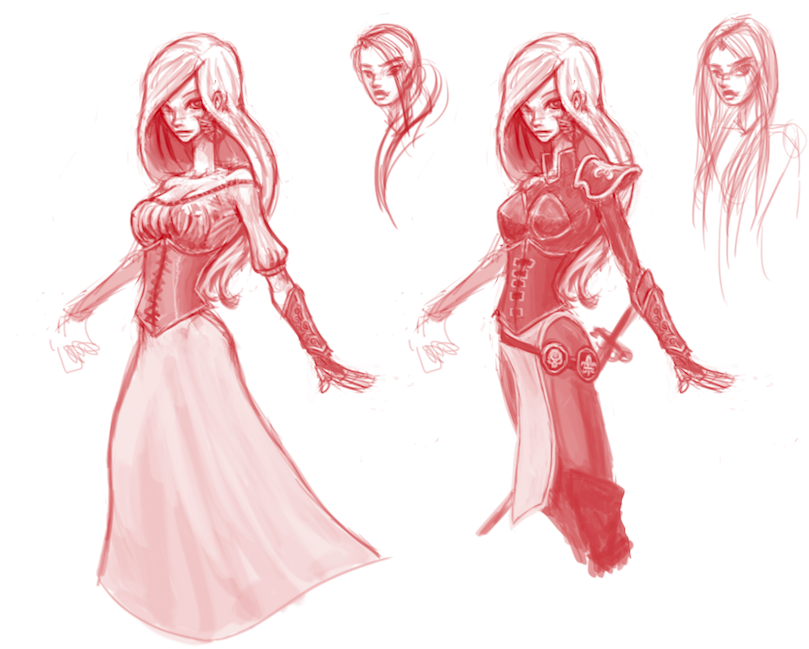 The sisters of battle usually residing on Schrine Worlds I guess a bit of civilian clothing is not unheard of. The battle uniform is much lighter more fit for a small riot than a full flegded Chaos invasion.

I would stille make Chain Swords and Bolt Pistols the weapons of choice alongside some more low tech weapons like normal swords maybe. Or maybe they just got in there as a design eleent.

No heavy weapon, but flamers would make a nice addition – purge by fire! Grenades are a no brainer, who would go to battle with out.

As for power weapons I’m not quite sure. Swords makes sense I guess but no axes or fists.

As for their place in the story line I’d guess two or three warriors and a analyst/translator who will take up a more prominant part of the story.

The desigs still needs some refinement and I need to add som e strong personalities in order to avoid to much of barbie looks.