Every army needs proper armoury. So I’ill introducing this into army builder right away.

War gear is created per army. This means that you can have separate armouries for each of your armies, but in case you have two Space marine armies, you need to recreate all war gear again.

At the armoury page you’ll have a full list of all war gear for each of your armies. You can edit and delete items as well as create new ones.

Basic, but hopefully all you need.

In the add and edit unit box there will be an extra section for adding war gear. You can dynamically add and remove war gear from your units and see the total point cost of your army or battle force update in real time. 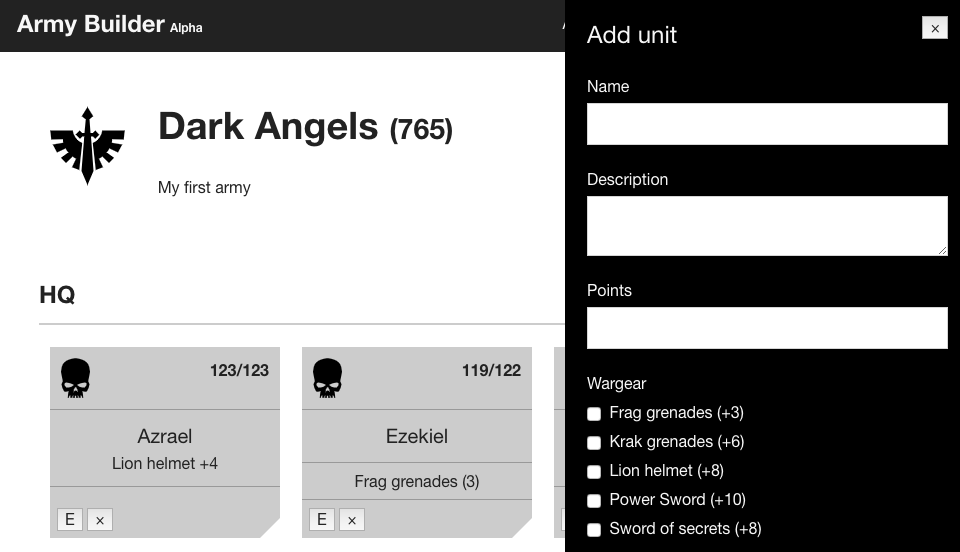 The point cost for each gear item will be added to the units total cost, so a unit of 30 pt + a 5 pt krak grenades upgrade will add 35 pt to your army or battle force. 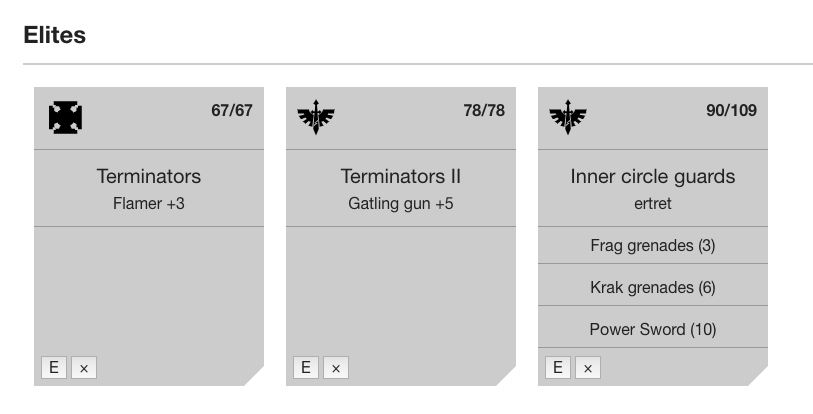 There is still a bit of way to go to get all edit and update functions into place, but it’s slowly moving forward.